This post is part of the series SOLID Wash Tunnel.

"Command Message pattern is used to invoke functionality provided by other applications. It would typically use Remote Procedure Invocation by taking advantage of Messaging."

I want to start by saying that the command message pattern is not only used to invoke functionality from other applications, but also from within the same application. For example a different module, which is still part of the same running process.

One application (or module) constructs a command, which is basically a message or put simplier just an object. The command is sent over to a message bus of some kind. The bus can be an in-memory implementation, or a sepparate process.

An other application (or module) is subscribed to the bus and receives the command, upon which it handles it based on some business logic. 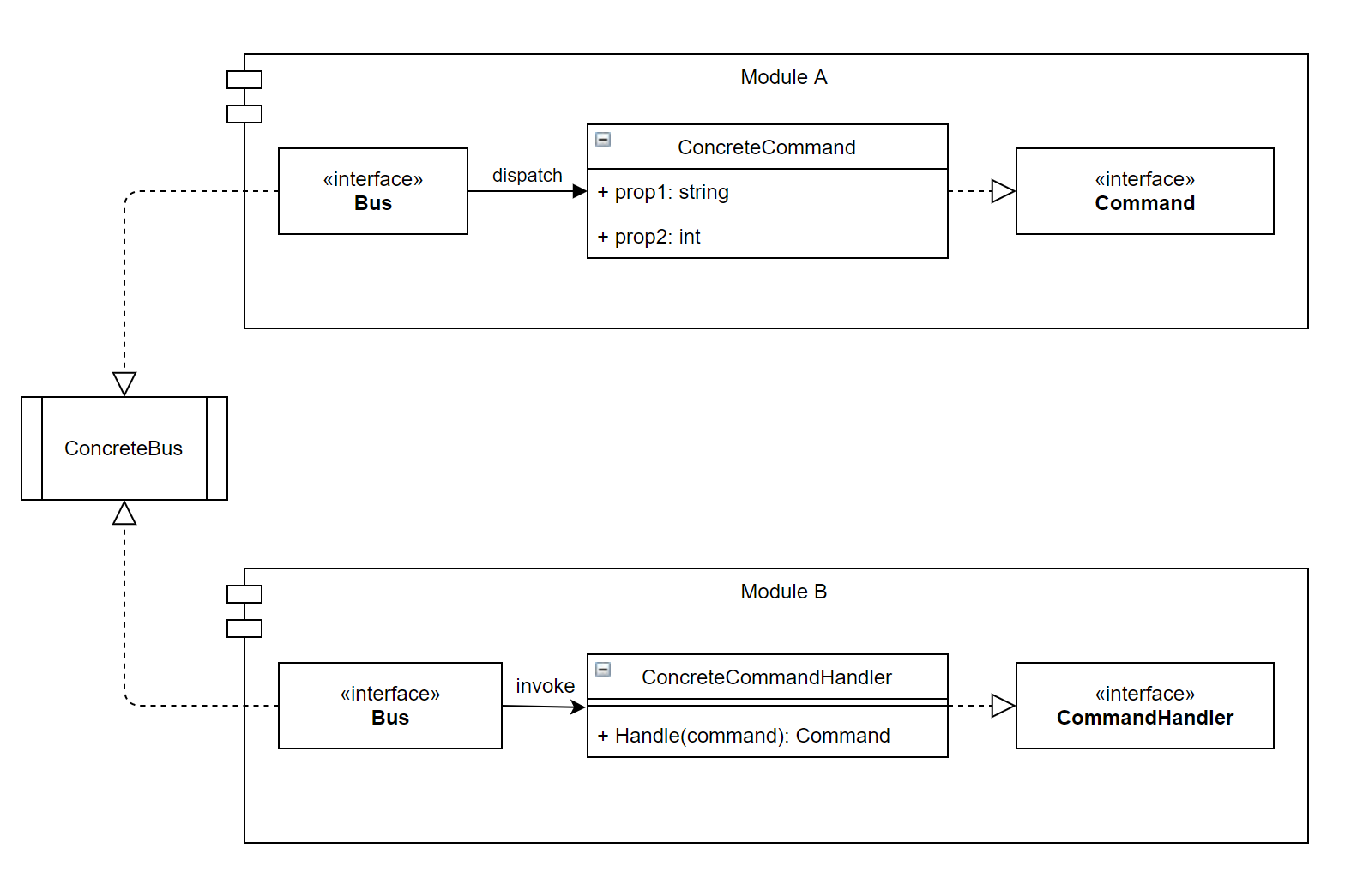 We should not confuse command message pattern with the GoF definition of the command pattern!

In the GoF definition the command itself is responsible to execute an operation. Which is not the case in the command message pattern, where the execution part of it, is deferred to a command handler which is typically in a different application, but may very well be within the same application.

It is important to mention that they do share some similarities.

A commands is a method call turned into a stand-alone object. This promotes sepparation of concern, loose coupling, and provides us with capabilities like:

The command's execution can be stored for reversing its effects. In our implementation we will not be supporting reversible operations. But, generally speaking, there are two ways to implement it:

The command message pattern is used accross the codebase. Lets elaborate one use case, and relate it to the UML diagram above.

ISignal is analogous to Command. It is an abstraction of any object that is a command.

WashProgramSelectedSignal is analogous to ConcreteCommand. It is an implementation of ISignal that contains an IWashProgram that the user has selected. Remember we said that a command is a stand-alone object that contains all information needed to perform an operation. That information in this case is the Program property.

ISignalHandler is analogous to CommandHandler. It is an abstraction of an object that receives a command and acts upon it. It contains one method Handle(T signal), where T is any object which is an ISignal.

The class itself is defined within the WashProgramSelectedSignal command as a private class. This is a matter of preference, but I suggest following this approach because it promotes high cohesion.

ISignalTransmitter is analogous to Bus. It is an abstraction of an object that dispatches or transmits a specific command. It contains one method Transmit<T>, where T is any object which is an ISignal.

Motherboard is analogous to ConcreteBus. It is an implementation of ISignalTransmitter. In real life the bus or transmitter would be a motherboard, which is the housing of many electronic components, and represents the bus that those components use to communicate between each other. The communication is represented via signals which are basically commands.

We will elaborate more on the Motherboard, when we talk about the mediator pattern.

UserPanel is a class within Module A which uses the ISignalTransmitter to dispatch a WashProgramSelectedSignal command.

Continue the series on Mediator.

If you found this article helpful please give it a share in your favorite forums 😉.
The solution project is available at GitHub.